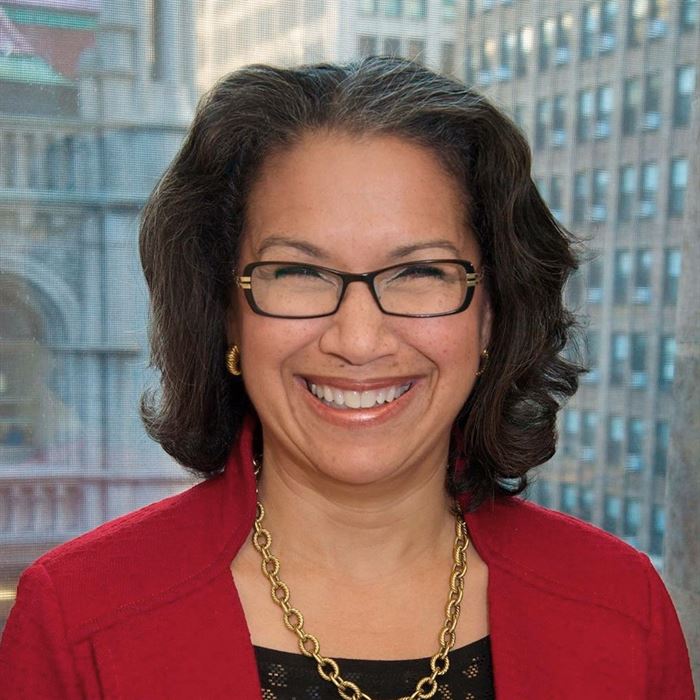 Elsie McCabe Thompson is Board President of the Mission Society of New York City, established in 1812.  The Society is one of the nation’s oldest anti-poverty organizations focused on ending poverty through education.  Elsie was an inaugural recipient of the Ford Foundation’s Visionaries Award for pioneering transformative social change.

Prior to joining the Mission Society, Elsie was President of the Museum for African Art for 15 years where she transformed the Museum by securing 5 parcels of land as well as the rezoning, planning, design, value-engineering, financing and construction of a new building located on the top of the City’s iconic Museum Mile.  She led the museum in expanding its programmatic reach through travelling exhibitions to more than 140 museums around the world with accompanying scholarly publications.  She also developed a multidisciplinary school program that introduced children in public schools in 12 countries to the beauty and majesty of African art and culture.  In addition to this she is credited with starting a mentoring and training program for more than 10,000 minority law students.

Earlier in her professional development Elsie served as Chief of Staff to New York City Mayor David Dinkins with executive oversight over diverse City agencies.  She also served as senior litigator with the Shearman & Sterling Law Firm where she argued and won federal litigations including a fair housing class action against the NY Times.

Elsie has served as a Director on the boards of many profit and nonprofit corporations. She currently sits on the board of the National Recreation Foundation, National Parks of NY Harbor, New York State Council on the Arts and the Atlanta Life Advisory Board.

She is graduate of Barnard College and Harvard Law School.  She lives with her husband, Bill Thompson and their three children in Harlem.  Elsie is an avid hiker and kayaker.