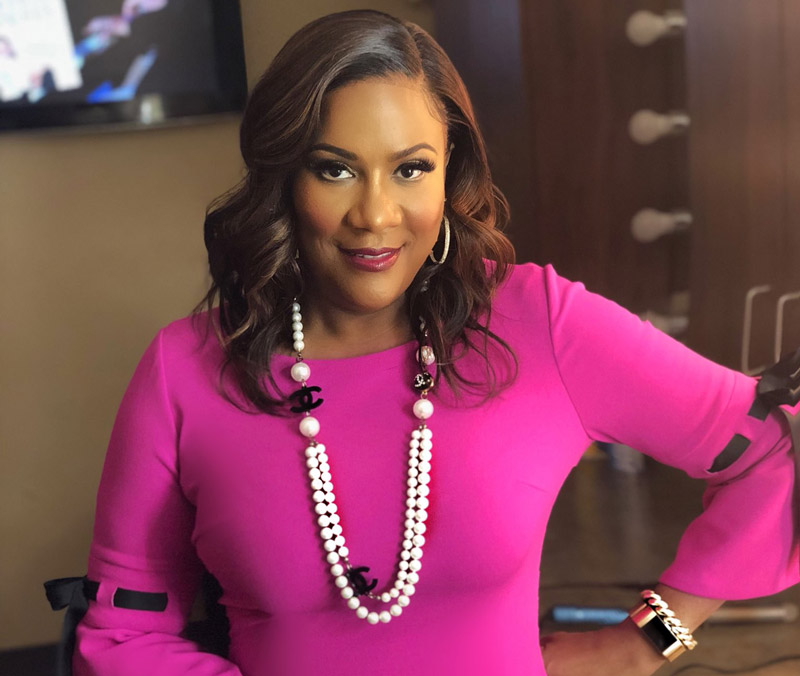 A long-time Atlanta resident, Karyn is well known in the local television market and has a history of hands-on community involvement. She is the past president of the Atlanta Press Club and currently serves on the Board of Governor’s for the National Academy of Television, Arts & Sciences.

The Emmy award winning anchor is currently a member of the Magnolia chapter of The Links Inc., a board member of the National Academy of Television Arts and Sciences, a member of the Greater North Atlanta Chapter of Jack and Jill of America Inc., and on the board of The Sport of Giving,and a member of Alpha Kappa Alpha Sorority, Inc. to name just a few.

Greer is also a member on the board of The Sport of Giving, and a member of Alpha Kappa Alpha Sorority, Inc. among others. She was featured in Who’s Who in Black Atlanta. Greer began her journalism career as an anchor and reporter at WICD-TV in 1984 and soon moved to WCSC-TV as a weekend anchor. She then headed to WGNX-TV as an anchor in 1989 and took the position of a news anchor at WXIA-TV / WATL-TV in 1999.

Throughout her career she has been the recipient of numerous awards honoring both her professional work and community contributions.

In 2008 she was named one of Atlanta’s 100 Women of Influence by the Atlanta Business League. Karyn has appeared in several films including Season of Purgatory, The Client, and the tv series Savannah.