American barber and entrepreneur, Alonzo Franklin Herndon was founder and president of the Atlanta Life Insurance Company, one of the most successful black-owned insurance businesses in the nation. At the time of his death in 1927, he was also Atlanta‘s wealthiest black citizen, owning more property than any other African-American. Mr. Herndon was admired and respected by many, and was noted for his involvement in and support of local institutions and charities devoted to advancing African-American business and community life. 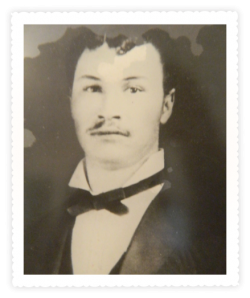 Born into slavery in Walton County on June 26, 1858, Alonzo Franklin Herndon grew up on a farm in Social Circle, Georgia, 40 miles east of Atlanta. He was the son of his white master, Frank Herndon, and a slave, Sophenie. Emancipated at the end of the Civil War in 1865, Mr. Herndon was sent away from his birthplace by his father. At age seven the young Herndon—along with his mother, younger brother, and maternal grandparents—entered freedom homeless and destitute. At a very young age he worked as a laborer and peddler, helping his family eke out a living in the harsh rural area. Like so many newly emancipated Blacks, the Herndons engaged in sharecropping—a system that kept them only a short step from slavery for many more years. Even as a boy, however, Mr. Herndon exhibited an entrepreneurial spirit. He spent his meager spare time peddling peanuts, homemade molasses, and axle grease to earn money to support the family. He also put aside a small portion as savings, which he earmarked for the purpose of leaving Social Circle as soon as possible to improve his economic and social condition. 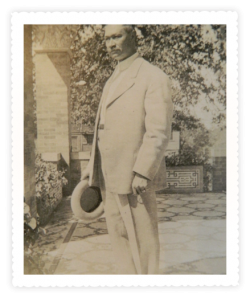 In 1878 Mr. Herndon left Social Circle on foot, armed with $11 in savings and about a year of schooling. He stopped initially in the community of Senoia (located in present-day Coweta County), where he worked as a farmhand and began learning the barbering trade. After a few months Herndon migrated to Jonesboro in Clayton County. He opened his first barbershop in Jonesboro, where he spent the next five years developing a thriving business and reputation as a barber before moving on to Atlanta. Arriving in early 1883, Mr. Herndon secured employment as a barber in a shop on Marietta Street owned by William Dougherty Hutchins, an African-American. After six months Herndon purchased half interest in the shop, entering into a partnership with one of the few free blacks operating barbering establishments since before the Civil War. 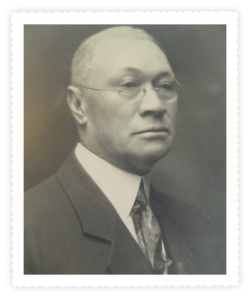 Mr. Herndon’s barbering business expanded, and by 1904 he owned three shops in Atlanta. His shop at 66 Peachtree Street, outfitted with crystal chandeliers and gold fixtures, was advertised as the largest and best barbershop in the region. According to the Atlanta Journal, Herndon and his all-black barbering staff were “known from Richmond all the way to Mobile as the best barbers in the South.” Following the racial practices of the era, the black barbers served an exclusively white clientele composed of the city’s leading lawyers, judges, politicians, and businessmen. As proprietor, Herndon personally saw to the barbering services provided to some of the most important figures in the state, earning their acquaintance and good will. His success in barbering was spectacular, and as his earnings grew, he invested in real estate in Atlanta and in Florida. Eventually he acquired more than 100 houses, a large block of commercial property on Auburn Avenue, and a large estate in Tavares, Florida. At his death in 1927, his real estate was assessed at nearly $325,000.

As his personal fortune grew, Mr. Herndon entered the field of insurance. In 1905 he purchased a failing mutual aid association, which he incorporated as the Atlanta Mutual Insurance Association. With Mr. Herndon playing a pivotal role as president and chief stockholder, the small association expanded its assets from $5,000 in 1905 to more than $400,000 by 1922. In 1922 the company was reorganized as the Atlanta Life Insurance Company and achieved legal reserve status, a position enjoyed by only four other black insurance companies at that time. The firm grew rapidly in the 1920’s, expanding its operations into a half dozen new states, including Florida, Kansas, Kentucky, Missouri, Tennessee, and Texas. Mr. Herndon also sought to save other failing black enterprises. Whenever possible, he reinsured the policyholders and merged the faltering business into Atlanta Life in an effort to conserve confidence in black businesses and save jobs for black men and women. Despite several crises in the industry and lean times generally, Atlanta Life under Mr. Herndon’s leadership survived and progressed into the next decades as a secure and prosperous business. 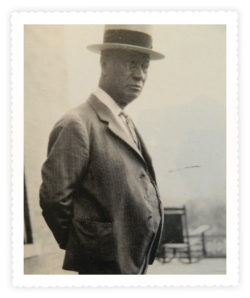 It was on the local level, however, that he maintained his most vigorous involvements. He gave generous support and resources to such local institutions and causes as the YMCA; Atlanta University; the Leonard Street, Carrie Steele, and Diana Pace Orphanages; the Herndon Day Nursery; and the First Congregational Church. He also supported commercial activities, including the South View Cemetery Association and the Atlanta State Savings Bank. Mr. Herndon’s business position brought with it a great deal of social responsibility and the African American community looked to him for leadership in a number of areas. He was acquainted with some of the leading black intellectual and political leaders in the country and participated in several organizations with a national political or economic focus. In 1900, Mr. Herndon joined Atlanta delegates attending the founding meeting of the National Negro Business League, convened by Booker T. Washington in Boston. When W. E. B. Du Bois called a meeting of selected black leaders to organize the Niagara Movement, Mr. Herndon was among the 29 men who attended the founding meeting in 1905. 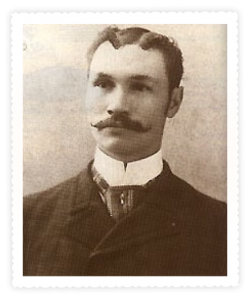 Mr. Herndon’s prominence and influence were enhanced by his family life. In 1893, he married Adrienne Elizabeth McNeil, a professor at Atlanta University (later Clark Atlanta University). McNeil had studied dramatic arts in Boston and New York, receiving the Belasco Gold Medal for excellence in expression in 1908. Their marriage had a far-reaching impact on Mr. Herndon’s life, greatly influencing his cultural and educational growth. It also produced his only child, Norris, who succeeded him as chief executive of Atlanta Life Insurance Company. After his first wife’s death in 1910, Mr. Herndon married Jessie Gillespie of Chicago, whose influence and support also aided her husband in his business and social life. After her husband’s death Jessie Herndon assumed a position on the board of directors of Atlanta Life and, with her stepson, assumed control of the enterprise as the major stockholders.

Mr. Herndon died in Atlanta on July 21, 1927, a few weeks after his 69th birthday. Overcoming poverty and illiteracy, he had risen in his lifetime from slavery to become the wealthy head of a leading black enterprise that has survived into the 21st century and is consistently listed among the top black financial companies as ranked by Black Enterprise Magazine.